Suspected homicide
Wendy Susan Higgins-Byron (born May 7, 1954) was a young woman who went missing under suspicious circumstances in 1978.

Wendy was originally from Covina, California where she lived with her parents and siblings. Her father died in 1967 when she was only 13 years old. Wendy later attended Charter Oak High School in Covina. She was a member of the dance team, art club president, and a member of the all girl review. She graduated in 1972 and three years later, on February 15, 1975, she married Robert Byron in Los Angeles.

Wendy had allegedly disappeared on August 26 (some sources and facts state otherwise) with a suitcase, possibly leaving her husband. Her car was later found at the Ontario International Airport in Ontario, California. It's unknown what (if anything) was found in her car when it was abandoned.

A few months after her disappearance, Robert appeared to have a new girlfriend after Wendy had allegedly run out on him. He was noted as "sensitive" about the subject. An ex-girlfriend claimed he would constantly mention suspicious things about their backyard and that he had destroyed all his photos of her. A day before she disappeared, a neighbor reported hearing Wendy and Robert fighting and never saw her again.

Robert is considered a person of interest in her disappearance. Years later, he allegedly had been contacted by Wendy, who was living under a new name in Ohio. The credibility of his contact is questionable and he has since moved to Covina, California. Byron divorced Wendy in May 1980.

In 2013, the backyard of Wendy and Robert's former residence was dug up. No new evidence or leads were found from the dig. She is in the process of being compared to Rankin County Jane Doe, found in Mississippi 11 days after she was last seen. 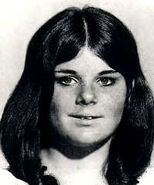 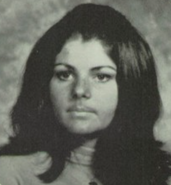