Endangered missing
Tammy Lynn Leppert was a young woman who vanished in 1983.

Tammy was a teenage model who specialized in swimsuit modelling. She had also acted in several films.

Tammy was last seen in Rockledge, Florida on July 6, 1983. She left her family home at 11:00 A.M with a twenty year old male friend. She said she was going to be going to the beach and told her parents she would be back soon but never returned. Her friend claimed that they had an argument while driving and he left her in a parking lot outside the Glass bank. Tammy has not been seen or heard from since.

That morning Tammy had not brushed her hair, which was extremely uncharacteristic of her.

It is believed that Tammy may have have been a victim of serial killer Christopher Wilder. Her family filed a million dollar lawsuit against Wilder but dropped it after his death in 1984. Her mother, Linda Curtis, later stated that she never believed that Wilder was responsible for Tammy's disappearance. Police have never been able to conclusively link Wilder to Tammy's case and it may be a coincidence that she vanished around the same time he was targeting models in the area.

John Brennan Crutchley, also known as the vampire rapist, is also considered a possible suspect in her case. Crutchley was sentenced to life in prison in 1986 for raping a woman and draining half of her blood. However, like Wilder, police have not been able to link him to Tammy's case. 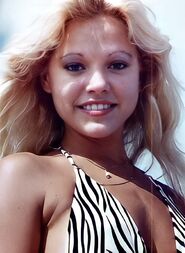 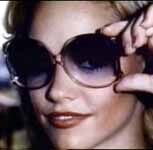