Presumed homicide
Jennifer Lynn Marcum was a woman who disappeared on February 17th, 2003. Foul play is suspected in her case. She may have used the last names Hoyle or Wiggins.

Jennifer was last seen on February 17, 2003, near the Denver International Airport in Denver, Colorado. Her brown four-door 1999 Saturn was later found in a remote parking lot at the airport, however there is no evidence that she took a flight out of the airport.

Serial killer Scott Kimball is a suspect in Jennifer's disappearance. They both knew each other well and talked on the phone every day. They also met in person a dozen times between December 2002 and February 2003. Kimball was originally sentenced to 48 years in prison on forgery and financial charges, but his sentence was increased to 70 years after he could not lead authorities to Marcum's remains.

Kimball is believed to be involved in the death of Lina Reyes-Geddes, who remained unidentified for 20 years. 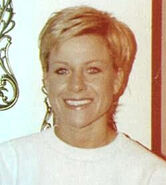