Presumed homicide
Girly Chew Hossencofft was a Malaysian-American woman who was presumably murdered in 1999 by her husband and his mistress. They have both been convicted for her murder, but her body has never been found.

Girly confided in several of her co-workers that she feared her husband may turn to violence. He had been described to be a "con man" and also had an affair with a woman named Linda Henning. Both were eventually convicted of Girly's murder, although her body has never been located. Henning denies any involvement in the case.

By the amount of blood at the crime scene, it was concluded that a woman of Girly's size could not have survived such an attack. 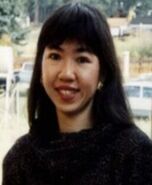