Endangered missing
Ganya Thielke is a woman who went missing from Hannover, Germany on December 24, 1994.

Ganya worked as a prostitute in various establishments throughout Germany. Furthermore, she was a passionate gambler and highly indebted.

Ganya was last seen by an acquaintance with whom she spent Christmas Eve. He drove her back to Hanover and she has not been seen since. On December 27, 1994 her acquaintance reported her missing.

Ganya's disappearance may be related to the death of Zakia Mansour. Zakia, 28, was found murdered near Gifhorn on December 26, 1994 and was not identified until 2020. Even though Ganya was from Thailand and Zakia from Tunisia, a possible connection is suspected because there was a certain visual similarity and Zakia was killed near Ganya's living environment. Possibly this involved identity theft. 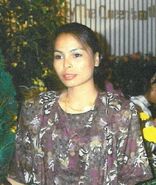 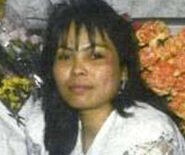